In no particular order:
1.       I recently read a Realtor suggesting … Do not turn anyone away from an Open House, especially nosy neighbors. Turn the tables and invite them!  Hmmm… How does that help sell YOUR house?  You’re right it doesn’t but it helps the Realtor market themselves.  Should you get a referral fee for the clients they get as a result of YOUR Open House?
2.       If employers can say that you need at least a college diploma to apply for a job, why can’t the NFL and NBA require the same before an athlete can participate in the draft?
3.       Speaking of professional sports, when was the last time that YOU were able to renegotiate a contract BEFORE it was over?  I am sure Verizon would love it if you called them to say, Hey If you don’t charge me less, I am going to break my contract, sit out and not use my cell phone for the next year … Those who know me, know that could NEVER happen in my world.
﻿

4.     Charlie Sheen’s publicist resigned???  What a missed opportunity in my mind.  I saw it as a win-win.  If the guy gets back to his old self, the publicist will be able to taut their skills.  If Charlie keeps acting like he had Two and a Half brain cells, the publicist can say no one could have helped him but we stuck by him.
5.       Kindle  and the Kindle Store will make many writers who can’t get publishing deals a lot of money.  Sells books for a couple of dollars, writers will make money on readers looking for a “deal.”  E-books cost nothing to publish, print or store and the author typically gets more than half of the sales price.  Do the math.
6.       I think the United States Supreme Court missed the boat on the Matthew Snyder / Westboro Baptist Church decision.  While I understand the First Amendment is meant to protect free speech, I would have hoped the Court would have made some exception for the funerals of persons who died in the defense of our country.    I’m not likely to be appointed to the bench anytime soon.
7.       I think people take this end of the world thing too far.  They want to latch onto something.  Wait… Maybe this is a marketing angle I didn’t think of. 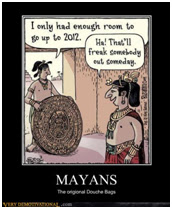 END OF THE WORLD ESTATE PLANNING SPECIAL
NOW THROUGH DECEMBER 1, 2011
ALL OF YOUR ESTATE PLANNING DOCUMENTS FOR THE LOW, LOW PRICE OF $5,000
REMEMBER…. YOU CAN’T TAKE IT WITH YOU!!!
*So You Might As Well Give It To Me
8.     NCAA Pools… Crime or Just Good Old Fashion American Fun?  There is a trinity among even the most abstinent gamblers, weekly football pool picks, Super Bowl Boxes and – yes –  The standard NCAA Tournament bracket pool.  The FBI estimated at $2.5 billion in wagers will be placed during the NCAA Tournament.  Only a small percentage will be placed legally so…  does the government really have that much time on their hands that they need to bust up office pools?  Some people have analogized it to speeding. Depending on how bad you break the law is almost determinative of whether the law is going to break you!  By the way…  Can you employer fire you for organizing a NCAA Pool…. Hmmm…  I would say so…
9.       Privatizing Liquor Stores in Pennsylvania will not result in an overall positive experience for the consumer.  Our PLCB has AMAZING buying power and with that buying power comes the ability to demand a below market purchase price.  Those savings are passed along to the consumer in PA.  People often moan and groan about the limited selection – got me there – but is everyone willing to pay a lot more so that the store will get your favorite wine or vodka?  A bottle of my favorite Grey Goose cost me over $90 in a NY liquor store.  When I questioned it, the clerk said because the stores are individually owned, they had no buying power  and actually paid more, wholesale, than we pay retail for the same bottle.
10.   NFL Lockout… Ugh… Where do I start…  How about here – DON’T DO IT!!!  Scab Football will be a disaster.  A delayed or locked out season will lead to more injuries than an 18 game season!